Mary Frances Proft is writing her brother Bernard Anton Proft, who is serving with the American Expeditionary Forces in France.  She is informing him about the news of their brother Richard Proft who died last night December 29. 1918 at 5:45 P.M.  She informs Bernhard that he will be buried next Friday January 5, 1920 at St. Stephens Church at Anoka, Minnesota.  She also informs him about a telegram sent to their brother Paul, who needs $25 sent to him to be able to come home.  She does not appear to be happy about that request.  She also mentioned a telegram sent to their grandmother in Antigo. It is assumed this would the step-grandmother Jacobs.    Agnes Jacobs January 5, 1919 letter to son Bernhard informing him about Richard's funeral 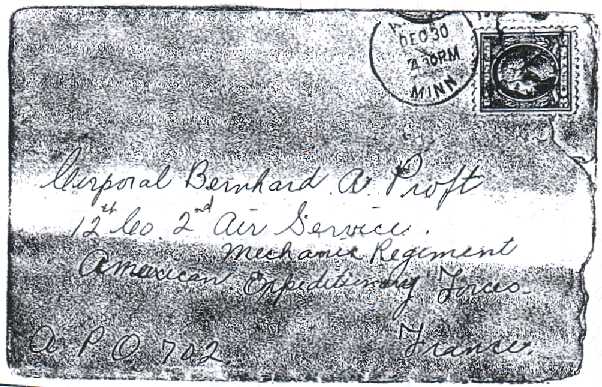 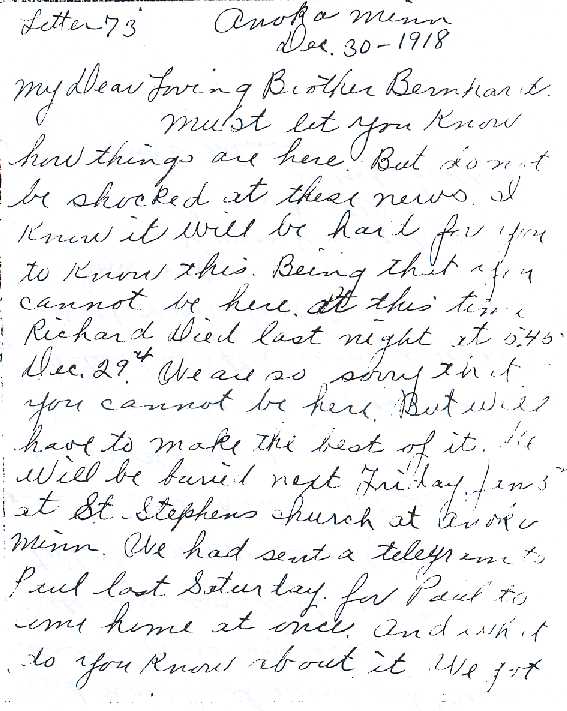 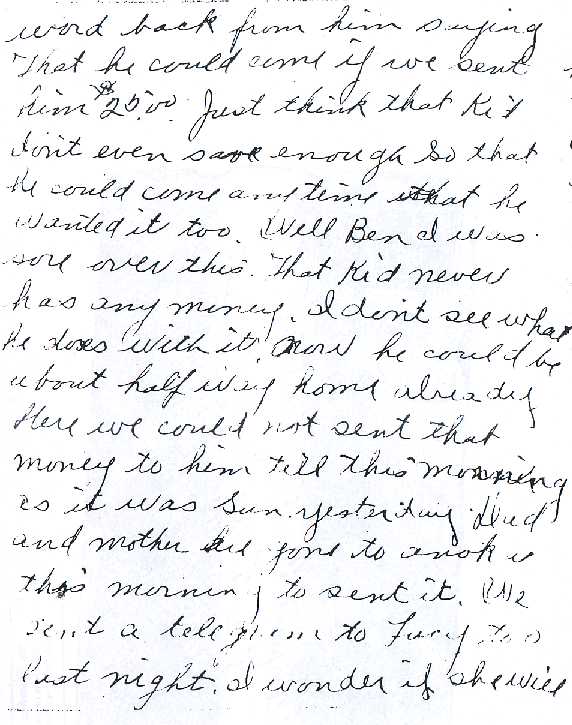