Agnes Jacobs, former wife of Frank Proft Jr. and mother of his children is writing her son Bernard Anton Proft, who is serving with the American Expeditionary Forces in France.  She is writing a  letter to thank Bernard for the Christmas card and to provide him with follow-up information about her son Richard Proft's funeral which was  held January 3, 1919 at 11:00 a.m..  She is wishing him a Happy New Year and apparently enclosed a newspaper clipping about his Christmas gift which is being held for him until he comes home.   Daughter Mary's prior December 30, 1918 letter to Bernhard 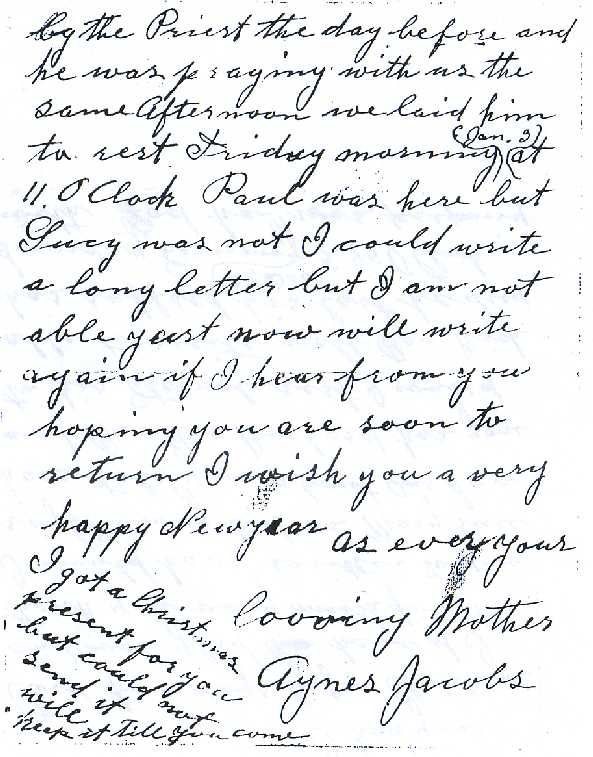 Newspaper clipping that was enclosed 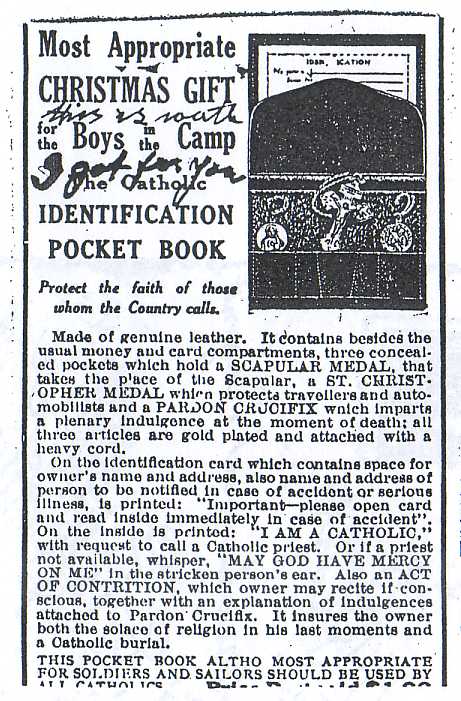