Lucy Ann Proft, (Mrs. James Smith) is writing her brother Bernard Anton Proft, who is serving with the American Expeditionary Forces in France.  She had recently married James Smith January 27, 1919.  Apparently James Smith had previously been the boyfriend and presumptive future husband of her older sister Mary Frances PROFT.  The cheating romance revelation and subsequent marriage by the younger sister apparently caused considerable acrimony within the Proft/Jacobs family.  These hard feelings toward Lucy were apparently severe enough that she did not attend her brother Richard's funeral, which occurred only 3 months prior to this letter.  In this letter she is thanking Bernard for the present.  She is informing him about her life with James, the feed mill, house, learning to drive etc..  Their brother Paul was apparently planning to visit her but she seemed somewhat concerned that they (the upset family) have him talked up him against her. 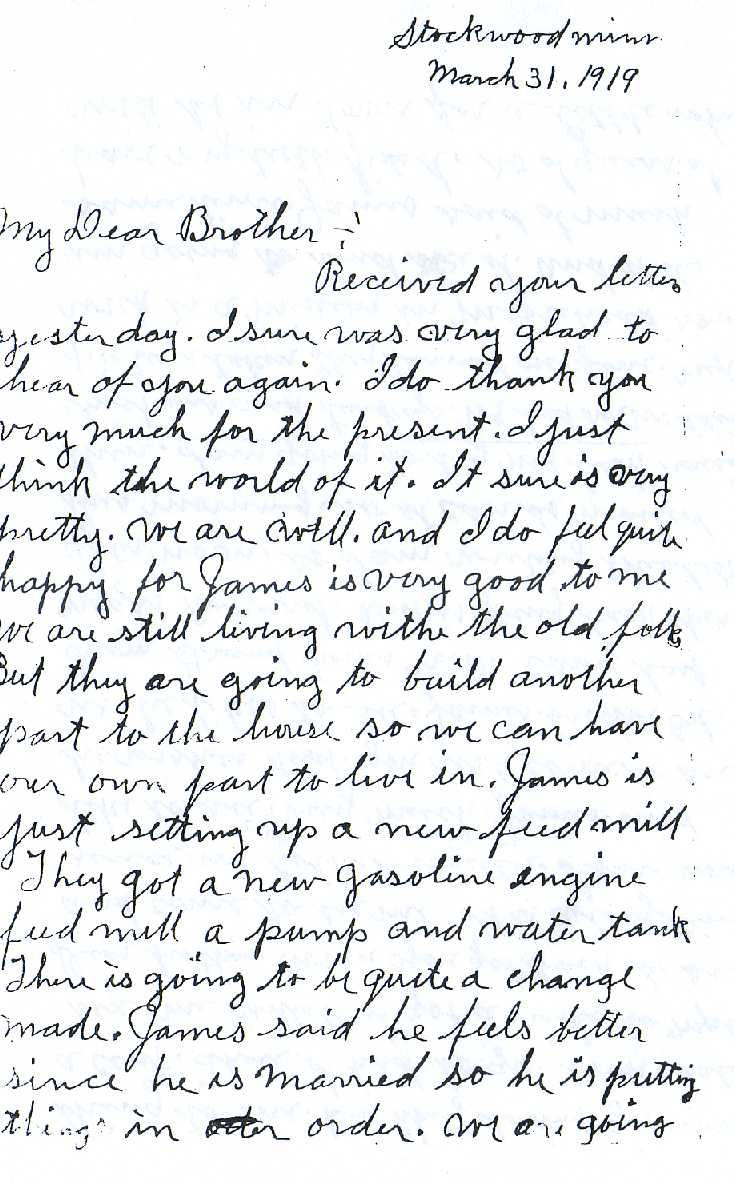 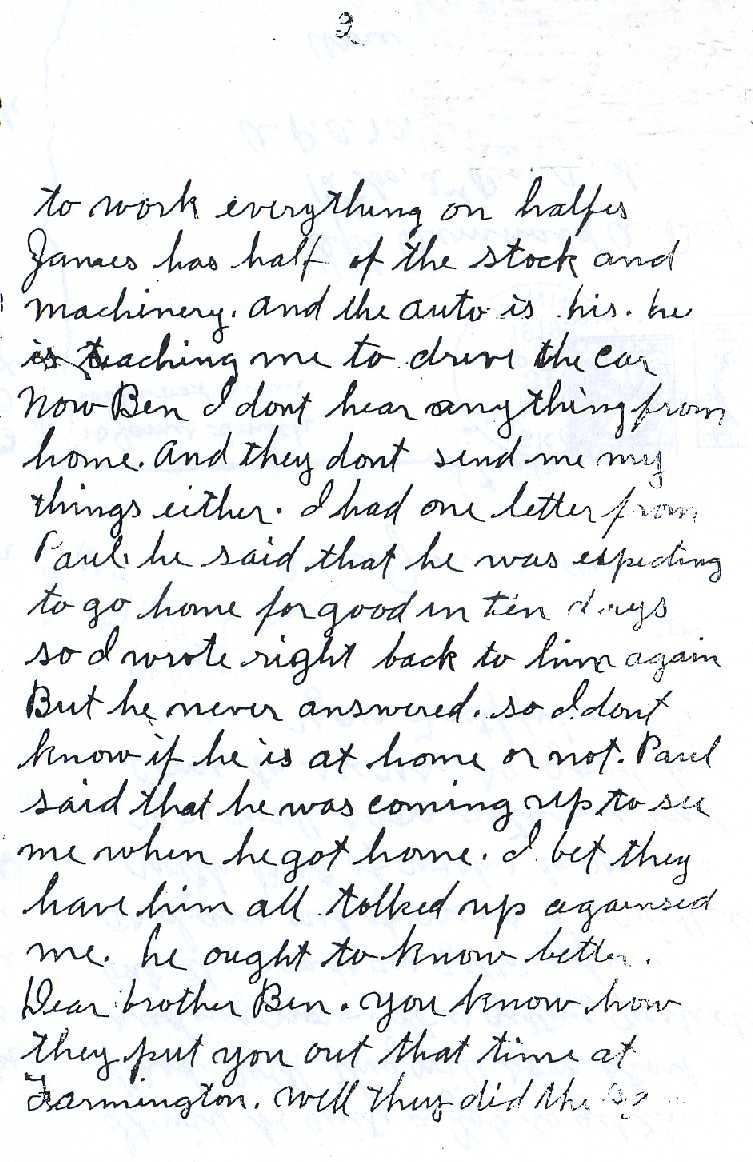